Telset.id – Samsung Galaxy A51 arguably is one proof that Samsung began to “inspired” the business strategy of brands smartphone from China. How not, this South Korean producer presents smartphone new ones that have specifications almost not much different from the previous series. Want proof? It's better to see review Samsung Galaxy A51.

For your information, the Galaxy A51 is a successor of the Samsung Galaxy A50s. Instead of providing a significant increase, Samsung instead only provides a few additional features.

Yes, Samsung's strategy of presenting the Galaxy A51 is something similar to the tactics launched by the manufacturer smartphone China. A number of brands from China released smartphone new with new naming frills, but actually only pinned a slight increase compared to the previous series.

Like what hmm smartphone this? Well, we will review it in full, from the design sector, specifications, cameras, and others in review Samsung Galaxy A51. Come see!

Review Samsung Galaxy A51 we start from the design sector first. Design is one of the sectors that gets a significant increase. Smartphone it appears more contemporary, with new design concepts and original compared to Samsung Galaxy A50s, its predecessor.

Smartphone This appears with the Infinity-O design, similar to the Samsung Galaxy Note 10. The design makes the Super AMOLED screen measuring 6.5 inches full HD resolution his “hole” in the top center.

What's the benefit? Well, this hole has two benefits in our opinion. First, the alias hole punch-hole it serves as a place for the A51's 32MP front camera. Then secondly, Infinity-O makes it look different and looks like flagship smartphone, compared smartphone classmates, even though Galaxy A50s. 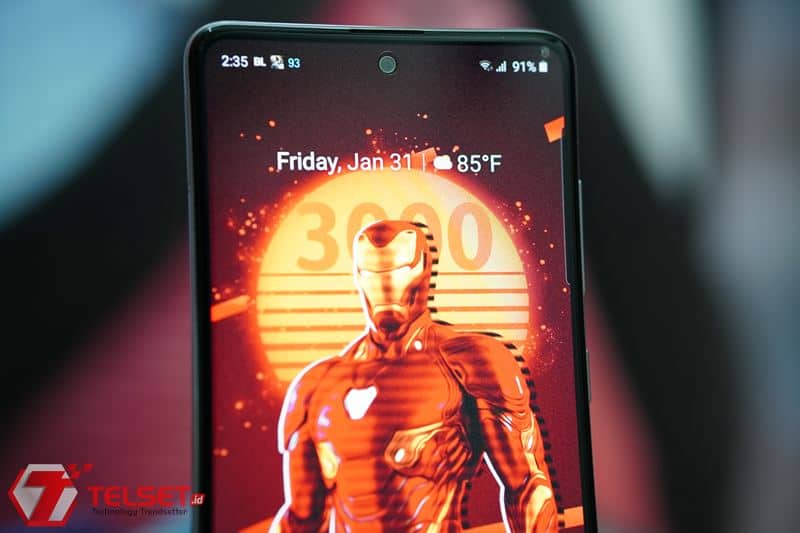 If the front really carries a new design, what about the back? In our opinion, the only difference between the Galaxy A51 that we found compared to the Galaxy A50s is the shape the frame the camera. The rest, it's all the same! Also included with the concept of coloring that combines color gradations and prism-shaped striped light effects.

Frame the camera is large, tends to be rectangular. We predict, it could be the frame a camera like the Galaxy A51 will be popular this year. 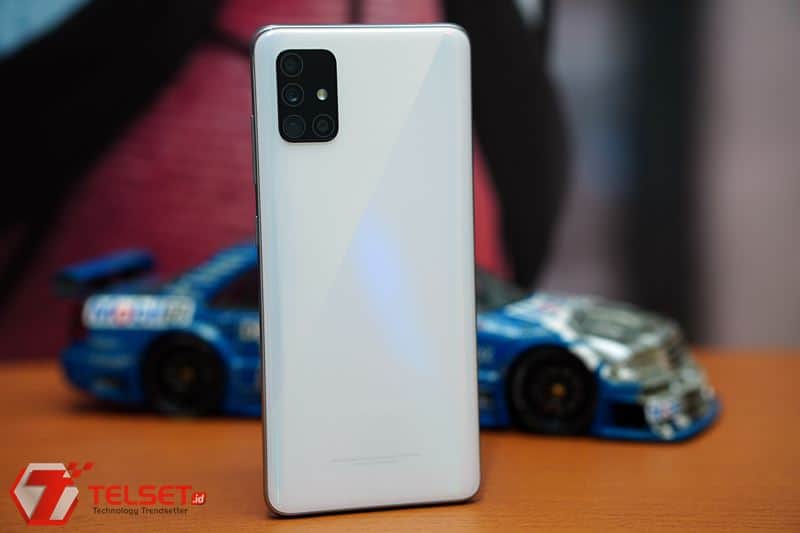 Samsung Galaxy A51 is built using the same basic ingredients as the A50s. Frame and body the back is made of plastic or polycarbonate quality. Not only that, the location of the button volume and power, until the SIM position tray also the same as its predecessor.

Finished discussing design issues, review Samsung Galaxy A51 design continues with a matter of convenience when using it as daily driver. Our first impression when using it is “This 6.5 inch cellphone, but really thin and nice to hold huh? “. That is approximately. 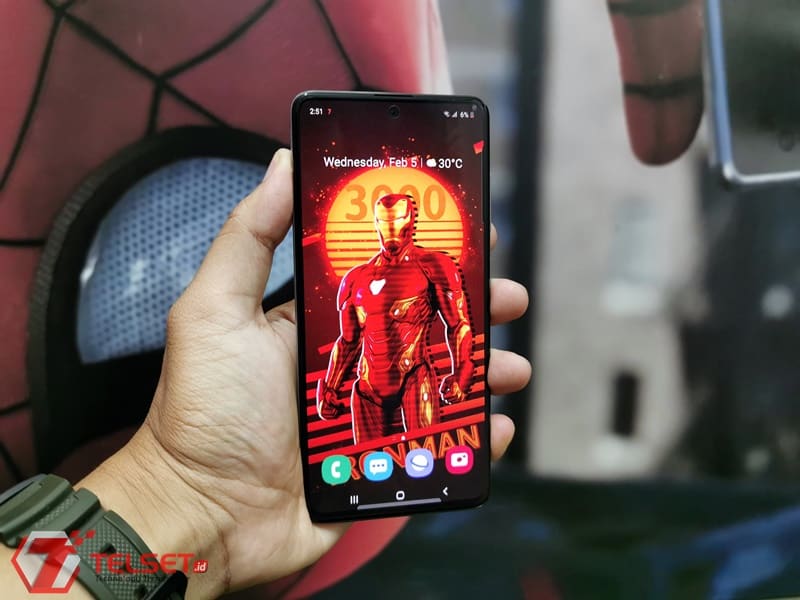 Yes, smartphone it is classified as thin with a thickness of 7.9 mm only. Comfortable to use? Not bad for a smartphone sail 6 inches up. But one note for Samsung in terms of comfort. Please make more buttons clicky. Because, button smartphone it's not satisfying when pressing it, it's not good.