Compared to when this good Asus laptop was released last year, the price of the Asus A412DA Ryzen 3 3200U variant has decreased, although it's not much. 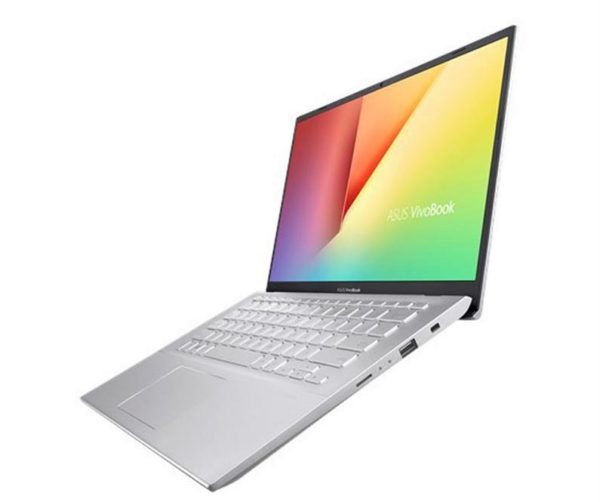 The difference in price of Asus A412DA Ryzen3 3200U HDD version and SSD version is only slightly, around 200-400 thousand depending on each store. So the choice is back to your needs.

If you need more free storage, then the HDD version of your choice. While the SSD version costs more, the storage media is narrower, but offers better working speed.

For this time, we will discuss more about Asus A412DA Ryzen 3 version that uses 1TB HDD.

Your choice is the version:

Apart from color, there isn't any difference.

– 1TB HDD is a relief, but it's a little less rushed

Good performance for multitasking and graphics

Asus A412DA EK301T laptop is aimed at a relatively common market, so it can be used by almost everyone evenly, of course with a little compromise.

The choice of using AMD Ryzen 3 3200U as the main processor is a smart choice. Ryzen's name, which later made Intel have to remapped their strategy, was still strong enough to make the market widely respond to both laptops with Ryzen in it.

AMD announced the Ryzen 3 3200U in January 2019. Although this processor is still dual-core, AMD combines two Zen + cores (with SMT / Hyperthreading) so that it can run 4 threads at a time with a clock speed of 2.6 to 3.5 GHz.

The 12nm manufacturing process that he uses has also succeeded in making his speed higher while still suppressing his electricity needs.

The integrated graphics module of the Radeon RX Vega 3 also proved to be quite powerful in running a variety of graphics and rendering applications quite well.

With 4GB of RAM built-in, the Asus A412DA EK301T actually works well. Start from running Windows 10 native 64bit, running Office applications to do office or college school tasks, browse the internet with Firefox or Chrome with multiple tabs, or run Photoshop, Premiere, and other graphic applications quite smoothly.

If you need better performance, you can take advantage of dual channel memory controller support by adding RAM modules to the existing memory slot.

For light and thin laptops, the presence of an additional memory slot is a luxury.

Since a long time ago I like the design of Asus laptops that tend to be assertive. Very different from the HP laptop design that tends to rounded at the edges.

And even more like their latest designs in this A412DA series. Thin and minimal bezel.

Although thin, but Asus managed to slip a variety of good features, such as a rather large 2 cell 37 WHr battery complete with fast charging, an empty memory slot, a complete connectivity port, and a nice comfortable keyboard with a 1.4 mm travel key. Asus keyboard is usually the 1.6 mm it is).

And all that was pressed until only 1.49 kg. This is not an ultrabook whose standard is now less than 1kg. But according to Review Laptop ID, this is considered light for a 14-inch laptop.

Full HD screen at a price of 6 million

At present there are already 6 million laptops with Full HD 1920 x 1080 pixels screen. For those of you who have been accustomed to HD resolution of 1366 x 768 pixels on a laptop screen, this will be noticeably increased.

Full HD resolution screen makes editing (photos for example) more enjoyable because of the wider field of view. Detail photos or designs are also easier to see without the need for scrolling up and down right and left.

If you don't believe it try yourself … And don't blame me if after that you will see the HD screen is dotted.

The hinge mechanism on the Asus A412DA is also unique, Asus calls it the ErgoLift – which works similar to a lever that makes the body close to the screen be slightly raised when the screen is opened.

This makes the air cavity under the body wider than the rubber buffer body as in most laptops.

Also worth considering is the Asus A412DA EK301T screen which is IPS type which makes a wide viewing angle. You don't need to be right in front of the laptop to be able to enjoy the appearance.

And as usual, the screen is still equipped with Asus Splendid and Asus Eye Care features for the sake of enjoying a better and safer content experience.

If you need a lightweight laptop, beautiful design, thin, can be charged quickly, can still add RAM, be comfortable to type and edit photos, and tough enough to work a little heavy, it could be the decision to buy Asus A412DA EK301T this is your best decision of the year this.

You can check the latest prices at: bukalapak.com | shopee.co.id | tokopedia.co.id

If you have a little more budget and need faster performance with less data storage needs, you should consider taking the Asus A412DA EK351T that uses a 512GB SSD. The other specifications are the same kog. Please check the price here.

Macbook pro 2017, a high quality laptop that is still outstanding